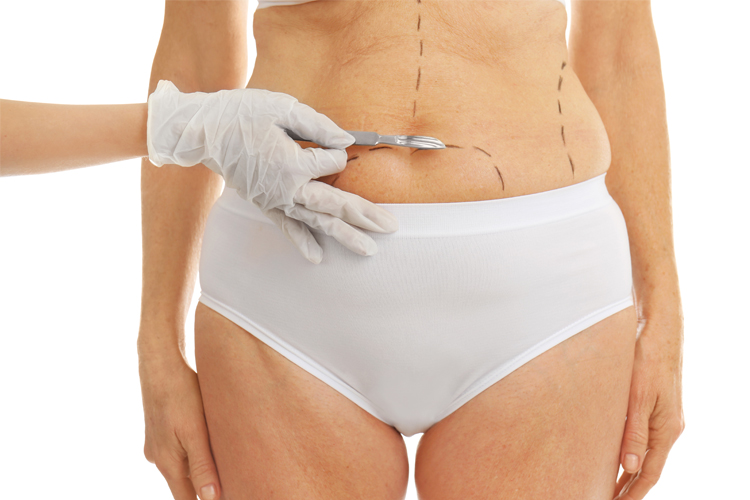 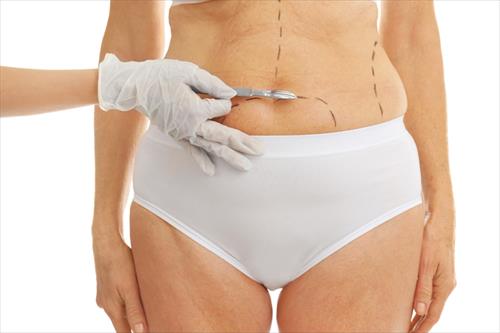 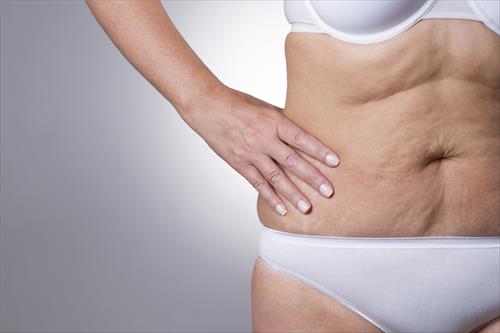 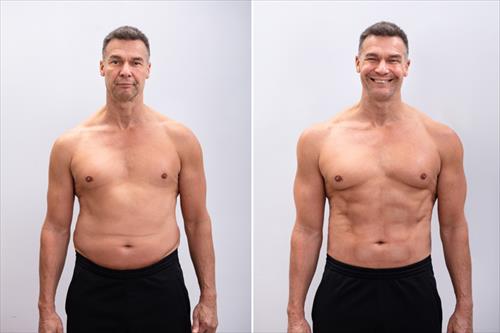 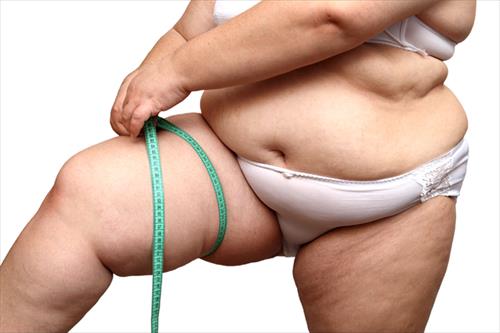 If you have lost a substantial amount of weight either through your own efforts or following bariatric (weight loss) surgery, you may be very pleased with the results when you step on the scales. However, the outcome may not be as gratifying when you look in the mirror. Considerable loose skin inevitably remains after massive weight loss and often there is also a significant amount of residual fat, both of which can detract from the 'new you'. For these men and women, Dr. Antoniadisl is pleased to offer body-contouring procedures including the Lower Body Lift and other Body-Contouring Procedures at Genesis Hospital in Thessaloniki

Some weight loss patients only need to target one specific area of the body in order to achieve their body-contouring goals. Others may need to deal with a number of problem areas, with the treatment spread over several operations. A significant proportion of patients have all of the main contouring procedures in a number of operations spread out over 12-18 months. Whilst this requires a huge commitment from the patient, the results are truly life-changing.

The best results of body lifting/body contouring by far are achieved in patients who have reached or nearly reached their 'ideal weight' = Body Mass Index (BMI) of 20 - 30. But very dramatic improvements can be made in patients whose BMI is higher than 30.

Your Body Mass Index (BMI) is calculated by dividing your weight in kilograms by your height in metres squared.
Normal: 20 - 25
Overweight: 25 - 30
Obese 30 - 35
Morbidly obese: >35
The term 'morbidly obese' means that people in this group have a significant chance of suffering medical complications from their excess weight, such as diabetes, osteoarthritis and high blood pressure with increased risk of stroke.
The more fat that can be lost through the weight loss program the better the results of the body contouring surgery. However, not infrequently, patients still have large amounts of subcutaneous fat following bariatric surgery. Performing extensive liposuction in addition to the excisional surgery increases the duration of the procedure, increasing the risks of complications such as clotting in the legs (DVT) or infection in the operative site or in the lungs. For this reason Dr. Antoniadis generally likes to perform an initial liposuction procedure 3 months prior to the bodylifting procedures.

Lower Body Lift
The introduction of the circumferential lower body lift in the late 1990's revolutionised the surgical treatment of the massive weight loss patient.

The lower body lift is a circumferential procedure, and consists in the front of an abdominoplasty, and thigh and buttocks lifts around the side and at the back. The buttocks particularly are dramatically improved. The circumferential procedure produces an amazing rejuvenation of the lower trunk, often described as 'life-changing' by patients. Liposuction is often performed in conjunction with this procedure. The lower body lift can be combined with other contouring procedures such as brachioplasty (arm reduction), breast surgery (augmentation/lift/reduction), lateral chest and back lifts, and inner thigh lifting.

THE LOWER BODY LIFT PROCEDURE
The lower bodylift procedure takes 4 - 6 hrs on a thin patient, but can take considerably longer if extensive liposuction is performed or another contouring procedure is done at the same operation. At the completion of the procedure, suction drain tubes are inserted and a compression garment is applied.

AFTER THE LOWER BODY LIFT
The patient is encouraged to commence mobilisation on the first post-operative day. Discharge from hospital is around the 5th post-operative day. If the drain tubes have not all been removed by this time then the patient will go home with the remaining drain tubes in a plastic bag. They are removed later in the rooms by the practice nurse once they have stopped draining. The compression garment is worn for 4 weeks, 6 weeks if either liposuction or a hernia repair has been performed. Walking is encouraged, but more vigorous exercise is held off until 6 wks post-operatively. 3 - 4 wks off work are usually required.

Upper Body Lift
Whereas the lower body lift targets the buttocks, hips, and thighs and abdomen, the upper body lift is performed to remove excess skin from the arms, breasts, lateral chest and upper back.These procedures which include liposuction, brachioplasty (arm reduction), lateral chest and back lifts are described on subsequent pages. Breast surgery (augmentation/lift/reduction) is covered elsewere on the website.

General Comments Regarding Body Contouring Surgery Following Massive Weight Loss
1/ DIABETES
Diabetes increases the risk of post-operative infection and wound breakdown, but is not a contraindication to surgery. Type 2 diabetes is often due to the patient's obesity, and not infrequently resolves once the weight loss has been achieved.

2/ SMOKING
Smoking on the other hand does greatly increase the risk of infection, wound breakdown and deep venous thrombosis and is an absolute contraindication to elective body lift surgery. If smoking can be stopped for 6 wks prior to the day of surgery (as proven on blood or urine testing) then surgery may proceed.

3/ DEEP VENOUS THROMBOSIS
Deep venous thrombosis (DVT) is a serious but preventable surgical complication. If clots develop in the veins deep within the calf, they cause acutely painful swelling of the leg, with the likelihood of circulatory problems in the leg later in life. If the clot is large, part of it may break off and pass through the bloodstream to the lungs causing pain and shortness of breath and at worst may be fatal. This is called pulmonary embolism. A DVT requires having the blood thinned for 3 mths, and a pulmonary embolism for 6 mths.

5/ BLOOD TRANSFUSION
A blood transfusion may be required, not only to maintain the functioning of the cardio-vascular system, but also because a low blood count slows down the healing process and makes patients feel tired and lethargic

6/ DRAIN TUBES
Suction drain tubes are used in many body contouring procedures to remove fluid (blood/ serum) from subcutaneous spaces left after the surgery. These are not removed until they have stopped draining, to prevent seroma formation.Sometimes this means the drains remain in place for up to 2 weeks. It now common practice for patients to be discharged from hospital with one or more drains still in place and they are removed later in the rooms

7/ SEROMA
A collection of fluid in a space left following surgery is called a 'seroma'. (If the fluid is blood rather than serum then it is called a 'haematoma'.) It is to prevent this fluid from collecting that suction drains and compression garments are used. The problem with a seroma is that it separates the two sides of the space, preventing them from sticking and healing to one another. This leads to a vicious circle, whereby the seroma prevents the space from closing, thus providing a space for the serum to collect in. Treatment of an established seroma is to remove the fluid with a syringe on a regular (usually weekly) basis in the rooms. If the seroma won't go away or becomes infected, further surgery is required to drain the infection and remove the walls of the seroma cavity.

8/ COMPRESSION GARMENTS
Most body contouring procedures require a pressure garment to be worn for 4 - 6 wks after the surgery. This is especially true following liposuction where the suction cannula produces a 'honeycomb of tunnels' which must be compressed to obtain the best result.

9/ SCARS
The circumferential scar from the lower body lift heals very well, as do scars around the breasts. Scars down the arms and inner thighs are in less 'favourable' anatomical positions and take longer to settle in. Brachioplasty (arm reduction) scars in particular remain red and visible for some months, but in the long run are hard to see.

10/ REVISION SURGERY
Revision surgery may be required over time, as lifting procedures always slacken off because of gravity, no matter how tight the result is straight after the surgery. However it must be borne in mind that what may seem to the patient to be just a 'touch-up' procedure, in fact involves virtually re-doing the whole procedure which is time-consuming and costly. Also, following a revision, the scars are new again and take another 6 - 12 months to settle down.

11/ COMPLICATIONS AND INFORMED CONSENT
Any surgical procedure has the potential for complications. These are fully outlined to the patient prior to the procedure, so that the patient can make a fully-informed decision whether or not to proceed with surgery. Contact Our Practice in Melbourne, Victoria for more Information on the Body Lift and Body Sculpting

SUBSCIBE TO OUR NEWSLETTER